Whose vagina is it anyway? 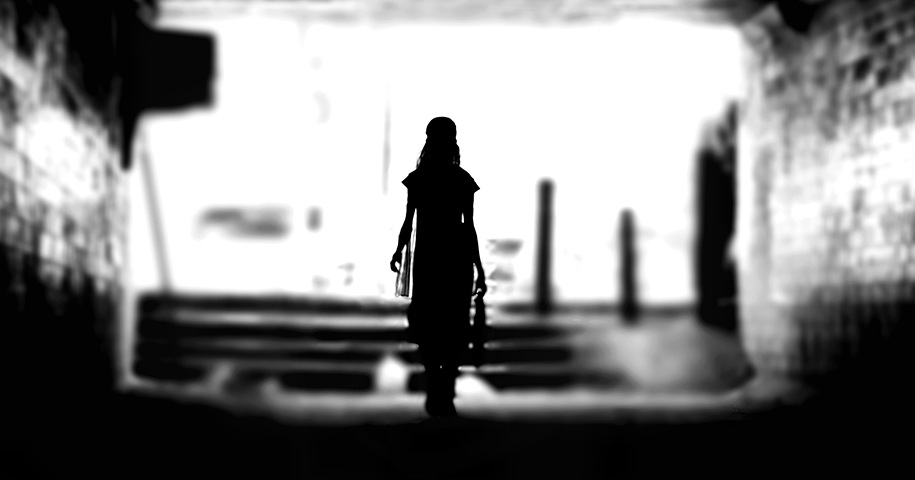 In her own words, guest blogger Anne Miano tells us about learning to be her own best health care advocate.

I got a call one evening last August from my physician’s assistant, who announced, “You need to get to the emergency room for an ultrasound. It looks as though you have ovarian cancer.”

“You need to get to the emergency room for an ultrasound.
It looks as though you have ovarian cancer.”

I’d been suffering from a bloated stomach for several weeks and assumed it was a digestive problem. But an x-ray revealed that I had a large sack of fluid in my abdomen, coming off my right ovary. The radiologist who’d examined my x-ray had made a note in my file that it looked like cancer.

Science has made enormous strides in the past 20 years, and the survival rate for women who’ve been diagnosed early with ovarian cancer is 90%. But for those of us who remember Gilda Radner, who died three years after her diagnosis, and Madeline Kahn, who died a year after hers, “ovarian cancer” sounds like a death sentence.

Stunned, I drove myself to the hospital, sat in the waiting room, and thought about all the things I needed to do to prepare myself and my family for the journey ahead. After I was called into an examination room, I was met by an ER doctor who told me that x-rays aren’t conclusive. But after I got the ultrasound – which did give me the opportunity to experience the notorious vaginal probe – she told me, “I have bad news.” She said I would have surgery within the week, so I called my parents in New Jersey to tell them I probably had cancer, and they made plans to come to Seattle for the surgery.

All the people diagnosing me – except for the oncologist –
didn’t know what they were talking about.

At this point, I’m going to go ahead and reveal: I did not have ovarian cancer. For almost two weeks, I thought I did, but when I met with a gynecology oncologist to go over all my tests, she said, “There’s a 90% chance the mass is benign.”

Here’s the terrible answer: All the people diagnosing me – except for the oncologist – didn’t know what they were talking about.

I grew a suspicious bag of goo

I had developed a 6.5-pound Mucinous Cystadenoma. (My translation: “a big bag of goo.”) It’s not a rare type of ovarian cyst, but it’s not common, not like fibroids, and it comprises only about 15% of ovarian cysts. My guess is that when the radiologist and ER doctor saw a large liquid mass in my abdomen, they assumed it was ovarian cancer because they knew fluid in the abdomen was one of the symptoms. But with ovarian cancer, I’ve since learned, the fluid is usually loose, not contained in a sack.

The doctors who jumped to “ovarian cancer” probably had never encountered a Mucinous Cystadenoma, so they based their assessments of my condition on what they had seen, what they knew from their experience, that fluid in the abdomen equals cancer. But the gynecology oncologist, who was also my surgeon, had seen and removed hundreds of goo bags just like mine. She knew immediately what kind of cyst I had and that there was a relatively low probability – around 10% – the mass was malignant.

I haven’t known many doctors in my life, not personally, so for me, they’ve always carried a kind of mystique. I grew up believing, because of their education and intelligence, that doctors have nearly magical powers. They solve mysteries and save lives. They’re experts who know my body better than anyone. And so when a doctor tells me something, I believe it.

What I’ve learned through my experience is that doctors are people, just like me. The knowledge they carry has been gathered through education and experience. They diagnose based upon what they know, but they don’t know everything.

Every person who told me I had ovarian cancer did so with compassion and a genuine concern for my welfare. They didn’t speak to me with arrogance or dismissiveness. They showed a sense of urgency and believed they were doing what was best. Even so, they failed to provide me with great medical care because, first, my health care cooperative didn’t have a protocol for dealing with cases like mine – or if they did, they didn’t follow it; and, second, because I completely handed over control of my medical care to people I didn’t know and allowed myself to be bounced from doctor to doctor without ever demanding that I be given a clear plan for my diagnosis and treatment.

In hindsight, I messed up

I try not to regret all the times throughout this misadventure when I abdicated responsibility for myself and allowed strangers to have dominion over my body. But I have them, regrets, and they’ve reshaped how I think about my health care.

A year ago, I was having cramping in my right ovary, and I made an appointment for a pelvic exam. My doctor, a woman for whom I have enormous respect and appreciation, had recently left the health care cooperative, and I’d been assigned to a new doctor, a man. I hadn’t had a male doctor in twenty years, and I didn’t want one. Rather than make appointments with him, I’d gotten into the habit of seeing his physician’s assistant, whom I’d gotten to know when she worked for my previous doctor.

First regret: I should have gotten myself reassigned to a woman doctor, someone with whom I was comfortable. But I didn’t. And when the cramping started, I made an appointment, as usual, with the PA, who examined my ovaries and said everything seemed fine. I left the appointment, had a couple more cramping incidents, and then forgot about the problem, because the pain went away.

Second regret: When the PA said she didn’t see anything wrong, I should have asked for a referral to a gynecologist. I had never had an issue with my reproductive system. Not a yeast infection, an abnormal pap smear, or even a late period. And so I assumed, because the PA didn’t see anything, that I was fine. In fact, having cramping like that between periods, when I’d never had it before, was a sign that, for the first time, I wasn’t fine, and I needed to see specialist.

Third regret: I should have trusted the messages my body was sending me, rejected the assessment “nothing’s wrong,” and pushed to have an ultrasound. But I didn’t. By the time my next symptom appeared – the bloating – my cyst was huge, and removal required a nine-inch vertical incision up my abdomen.

Fourth regret: I didn’t choose a quarterback. As soon as I got the cancer call from the PA, I should have contacted my doctor. Even though I didn’t know him, I should have met with him in person, insisted that he take charge of my case, and ask him to walk me through the diagnostic process. Instead, I allowed myself to be passed around from PA to radiologist to ER doctor to lab technician, without ever having a clear understanding of what information needed to be gathered, how it would be gathered, who would analyze it, and who was responsible for explaining the results to me. The radiologist looked at the x-ray. The ER doctor looked at the ultrasound. But it wasn’t until my oncologist got involved, after nearly two weeks of chaos and terror, that someone reviewed all the test results and explained to me what they meant:

Here is what we know. You have a large mass of fluid, but it’s contained, not loose, and all your blood work shows that everything is normal. You haven’t been losing weight, you don’t show markers for ovarian cancer, and there’s a high probability the mass is benign.

That is information, real information, delivered in a professional, respectful, balanced manner. Everything that had come before my meeting with the oncologist had been nothing more than speculation.

Shame on my health care cooperative for allowing so much speculation to be shared with me. And shame on me for not putting a stop to it.

I wrote some New Rules

All my life, because I’d never had a health issue, I’ve been passive about my medical care. I’ve trusted and listened too much, questioned and demanded too little. But I’m done with that approach.

The first step in implementing these New Rules was to get a new health care team.

After my surgery, I called the health care cooperative to make a follow-up appointment and said I didn’t want to see my primary care physician. I wanted a different doctor, a woman, and I told the scheduler which woman doctor I wanted to see.

When I met the doctor, I sat in a chair across from her and said I needed to go over a few things before I was willing to get on the examination table. I told her my story – of the cancer speculation, the lack of follow-up from my doctor, and how scared and alone I’d felt.

“I want to be clear about what I expect of you as my doctor,” I said. “Because I won’t allow this to ever happen again.” I laid out my New Rules and finished with, “I need you to be my quarterback. If you can do that, I’d like you to be my doctor. If not, I’ll find somebody else.”

“If you can do that, I’d like you to be my doctor. If not, I’ll find somebody else.”

I climbed onto the examination table and showed her my scar.