Migraines, pregnancy, & the benefits of being a research nerd 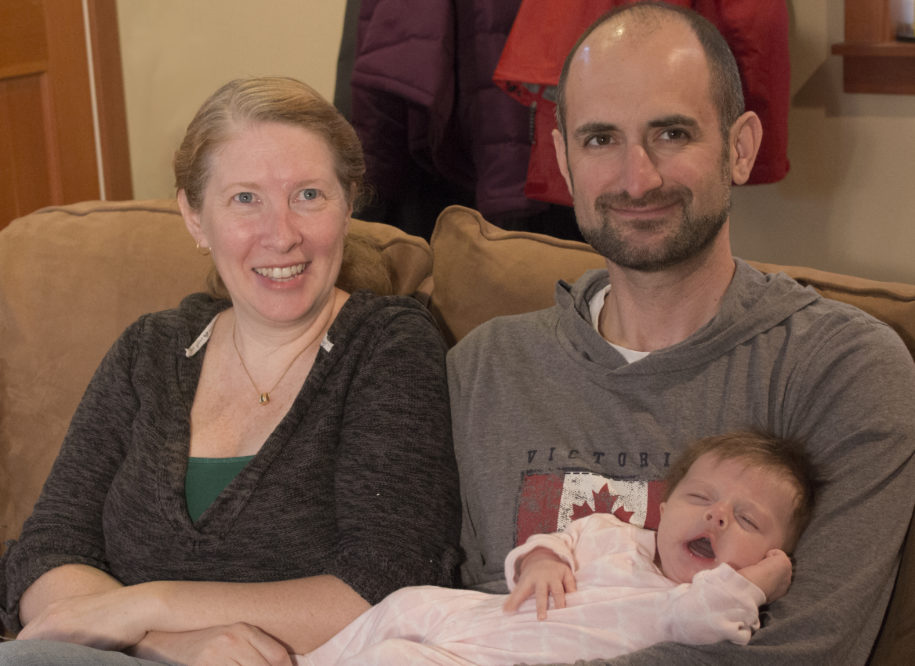 hormonal birth control and its affects on women’s health

“It’s the only time I’ve ever actually wanted to die. I had one migraine that was so bad, I thought, ‘I could kill myself right now. I could really just die.’ It was that bad.”

Most women have experienced headache pain, but for women like Kara, the agony of a migraine can be a whole lot worse. As in, leave-work-and-spend-a-couple-of-days-in-bed-trying-not-to-throw-up worse. And they were frequent, tearing days out of her life at least once a month.

When she was 38, Kara and her husband Edwin decided they wanted a baby. “We had a great life: good jobs, lots of travel—we weren’t sure we wanted to disrupt that. But we talked about it and decided we didn’t want to get to 50 and have this huge regret.”

But for women who suffer from migraines, opting for parenthood comes with a whole different set of risks. Kara, a microbiologist and research biochemist, is a self-proclaimed “giant nerd,” and she researched the concerns of pregnancy and migraines like the scientist (and nerd!) she is.

“The worst thing,” according to Kara, “is all the conflicting information. Migraines are such a mystery, but we throw medications and chemicals and hormones at women without really understanding what causes the pain, how to treat it, how your body will react to the medications, or even what your triggers are. Honestly, no one has a frickin’ clue.

“And when you’re a woman with migraines who’s considering having a baby, what you usually get told, and what my doctor told me, was that many pregnant women don’t have migraines while they’re pregnant. Sounds great, right? But then I started looking through the stats, and I found that yes, some women don’t have migraines…and some women have a migraine that lasts for the entire duration of their pregnancy. Nine months of a horrible, debilitating headache. That was a serious gamble that my doctor didn’t tell me I could be taking; I had to find out on my own.”

Kara decided it was worth the risk, and she went off the Pill for the first time since she was 22. Shortly thereafter, she had the second-worst migraine of her life. However, during her next cycle, when she would normally experience a migraine, she had a mild headache…and that was all.

Daughter Anna was born in September; Kara had few migraines during the pregnancy and has had none at all since late July.

There’s a strong genetic component to migraines; people are more likely to have them if a parent does. However, except for recently, Kara has suffered from migraines since early adulthood, despite migraines not running in her family.

“All of this tells me it was the hormones I was taking that were causing the problem, yet no medical professional was willing to explore that possibility with me.

“I’ve dealt with this for years,” Kara says. “I’ve had MRIs of my brain, X-rays of my neck and spinal cord, I tried everything. With my previous ob/gyn, I told him, I think it’s caused by the hormones because they’re like clockwork. I ovulate, I have my period, and I get migraines. His response? ‘Oh, no, no, let’s try you out on a different kind of birth control. This one will make you mildly crazy and angry, but it might help you control the migraines.’ How is that an option??

“The medical industry just has so little understanding of how hormones trigger migraines and how complicated female biology is, but they just keep handing out hormone pills like ‘hey, the research is done, they’re really effective at preventing pregnancy, mission complete!’ Except hormonal birth control doesn’t work for every woman, and we need more safe, effective choices.

Fortunately, Kara now has a new ob/gyn whom she loves. After baby Anna was born, when it was time to consider birth control, they had a very open conversation about all the options. “I didn’t want to go back on the Pill because I was sure they were causing or at least contributing to my migraines. She listened, and we came to a solution that will work for me and my family.” Kara wants all women to have that experience.

The lack of good information and options affects a lot of women, not just women starting a family, Kara says. When she was on the Pill and having migraines, it was embarrassing to have to explain taking a couple of days off every month.

“Women need more information, and doctors need to be a lot more open about the risks and side effects. A former colleague of mine has terrible migraines, and I suggested she talk to her doctor about her birth control. She said no, they were just going to keep trying different versions until they found one that solved everything. I hope she finds it, but I worry that for some women, hormonal birth control just isn’t an option, but they’re not being educated about that.”

Until we can count on getting the full story from our medical professionals, Kara recommends every woman do her due diligence. “Don’t self-diagnose. Never self-diagnose,” Kara says. “But do your research, be ready with your questions when you talk to your doc, and don’t leave until you’re satisfied. Get a second opinion if you’re not feeling confident about what you’re being told. Be open and advocate for your own health the way you would for your kid or your partner or your parent. Doctors can’t know what we don’t tell them, and sometimes the only way we learn things is to ask.”

Our thanks to Kara for sharing her experience. The more we at Gennev talk with women and hear their stories, the more convinced we are that opening the conversation around women’s hormonal health is critical. If you have a story to share with us and your fellow Gennev-ers, please shoot an email to shannon@gennev.com or come find us on Facebook, Twitter, or Instagram.