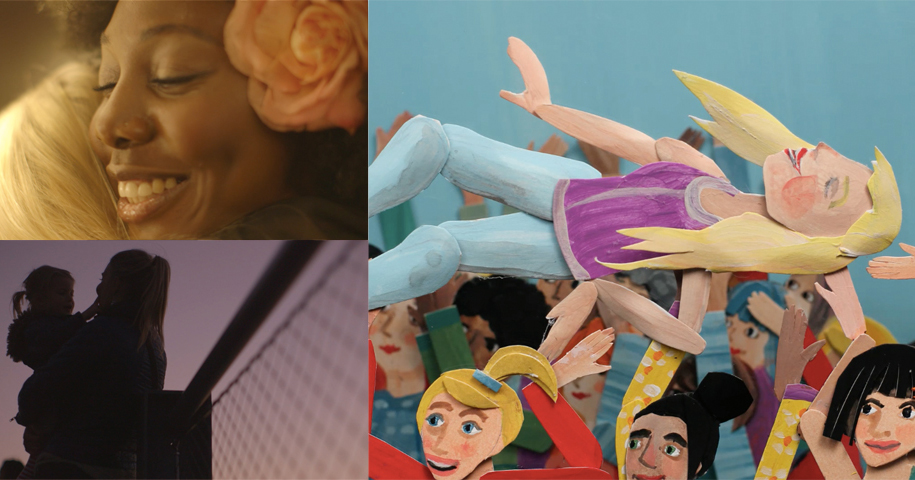 If you haven’t heard of the documentary Dream, Girl, you soon will! Team Gennev, in association with Seattle International Film Festival (SIFF) is bringing Dream, Girl to Seattle for its premiere public screening on Thursday, January 19, followed by a panel discussion/Q&A with local women educators, innovators, and entrepreneurs. We hope you’ll join us for an evening of conversation and inspiration around the challenges entrepreneurial women face and how to overcome them. Learn more about our panel and then purchase your tickets directly from SIFF.

What do you need to start living your dreams? For would-be entrepreneurs, the challenges of starting a business can seem overwhelming. And for women— particularly women of color—the barriers to business ownership can be even greater.

When team Gennev first watched the trailer for the documentary Dream, Girl, we knew we had to bring it to Seattle. The film showcases several female entrepreneurs, exploring their aspirations, challenges, setbacks, and triumphs. For us, it spoke to so many things we’re experiencing as a startup organization: the learning we need, the responsibility we carry, but also the exhilaration, the camaraderie, and the importance of celebrating every success, big and small.

what do you need to start living your dreams?

Happily, we had the opportunity to talk with one of the leaders of the Dream, Girl team: co-producer and co-founder Komal Minhas. Film producer, writer, investor, and entrepreneur, Komal started her business, KoMedia, at just 23 years old, so she knows a thing or two about flying by the seat of one’s pants.

Komal joined the team after viewing a Kickstarter campaign launched by creator Erin Bagwell. In her video, Erin spoke openly of quitting her job after having been sexually harassed at her workplace.

“When I saw that Kickstarter campaign,” says Komal, “I knew that I had to stop everything I was doing and come and help her amplify that message and bring it to the world.”

And what is the message that inspired Komal to sign on to Erin’s dream?

It’s right there in the title: Dream, Girl. With everything that that implies: Be hopeful. Take risks. Work hard. Support others in pursuit of their dreams and allow them to support you as you push towards yours.

Dreaming big works, as the film itself demonstrates. Dream, Girl has been screened at the White House, it showed to a sell-out crowd at NYC’s historic Paris Theatre, and last year, Erin and Komal were named to Oprah Winfrey’s SuperSoul100 list.

Like us, audiences have found a lot to love about this buoyant, inspirational, often funny documentary and the utterly charming women it showcases.

what has made Dream, Girl so popular?

“Some of the feedback we get is that people are so happy we have a range of voices and stories that we don’t traditionally get to see on screen and all together,” Komal told us. “People tell us they feel connected to these diverse and amazing women. And we cover a real breadth of topics—from lack of mandated paid parental leave in the US, to sexual harassment in the workplace, to pausing your dreams to build a strong relationship elsewhere, to finding funding for your project, to what it’s like to be a mom in the workplace—there are so many different topic areas that connect for people.”

At every screening they attend, Komal says, there are moments that make all the effort worth it. For example, during a post-screening discussion at a major firm, a young female employee said she felt she was not being seen at the company as much as her male colleagues were. A senior-level exec was also at that screening, and he stood up and made a promise to remedy the situation, take time with her, and figure out steps forward. Witnessing this sort of genuine progress helps keep Team Dream energized and moving forward.

However, Komal says, perhaps their biggest success has been in finding and supporting each other through the journey and in “strategically and thoughtfully” building a community around the film and its message.

Speaking of building community, the Dream, Girl team have been very intentional in their distribution model, choosing to push the film through community screenings such as Gennev's first, before pursuing digital channels. Why?

Because, Komal says, “We have been told time and again that our hosts, our audience members love seeing this film in person. You don’t want to see it alone, you want to see it as a collective and you want to talk about it and really get into the topics. We’ll eventually go digital with our film—that’s a future goal of ours so we can get the word out there as much as we can—but we find that right now, community screenings really give our audience the space they need to take it in.”

Komal and Erin do want their message to reach a larger audience, and they had a taste of what that could look like after the US presidential election. Deeply unsettled by the result of the election, the team made the unique—and uniquely generous—decision to allow people to view the film for free over the Internet. In four days, Dream, Girl was viewed more than 12,000 times. Clearly, people really crave the film’s positive, hopeful message.

“Listen, be kind, and be thoughtful about inclusiveness in the workplace.”

We asked Komal what companies like Gennev can do to take that positive message forward. Given today’s political climate, she told us, the onus is more and more on corporations to recognize and nurture female talent. “If we can make more inclusive workspaces, and help more people feel safe in the places where they spend the majority of their time, that’s the greatest thing companies can do. Listen, be kind, and be thoughtful about inclusiveness in the workplace.”

We never end a conversation without asking for that One Big Piece of Advice—this time for would-be female entrepreneurs. Her answer? “Take care of your health. As millennial women, we get so caught up in the hustle, needing to achieve, needing to accomplish so much by X date and being on the Forbes 30 Under 30 list…. Just take care. We have so much more time than we think we do. Clara in the film didn’t start her business until she was 50 years old. It’s important to prioritize your health above all else: your company needs it, the world needs it, and your employees need you.”

More information is available on our Facebook event page, so take a look, then get your ticket while there’s time!