Coffee Inflammation? How to calm an irritated bladder 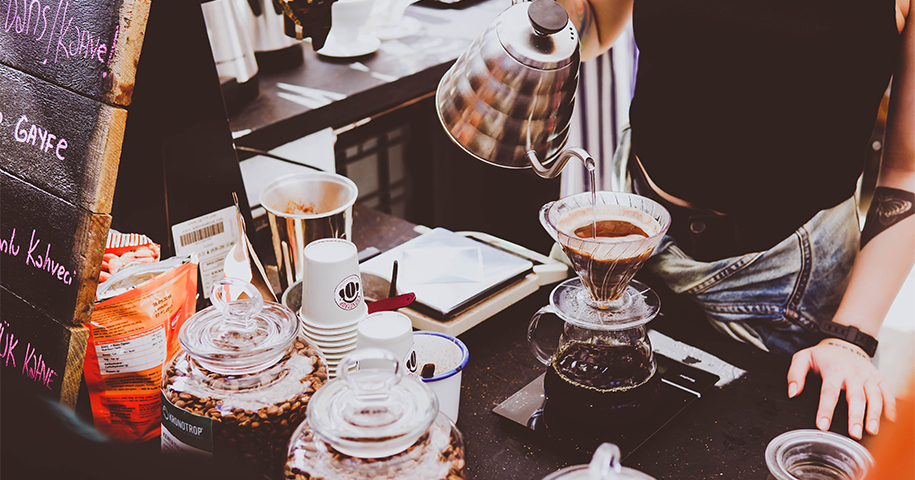 As I’m writing this, it’s St. Pat’s Day, and several friends on Facebook are passing around a recipe for Irish Coffee. There are a few problems with this, not least of which is it’s not even 8 AM – a trifle early for whiskey, even on a Friday. But the booze and sugar are not the only things to be wary of.

Many of us wouldn’t consider facing a day without at least one sturdy cup of coffee. But hang on a second: before you order that double-tall mocha latte, you might want to read on.

I recently spoke with our fabulous physical therapists, Brianna and Meagan, on a problem they’re seeing more and more in their practice. As PTs who specialize in pelvic floor issues, they see a lot of women – including young women who haven’t had children – with urinary incontinence. These women are going to the bathroom often, sometimes not producing very much, sometimes not even making it in time.

Urgency and leakage are signs of an irritated bladder, says Bri, and one of the biggest culprits? Caffeine.

The low-down on coffee inflammation

The issue lies with the lining of the bladder. When the lining is calm and happy, it can stretch to accommodate larger volumes of fluid without triggering that feeling of urgency, the PTs tell me. Acidic substances like coffee, soda, and even fruit juice irritate the lining, causing muscle spasms that make us think we have to pee, and pee now.

“We hear from women that they’re trying to get their pants unbuttoned, and they’re already leaking, their bladder muscle is contracting. If your pelvic floor isn’t strong enough to overcome the contraction, the bladder wins, and the leak happens,” Meagan says. “Strengthening the pelvic floor can help, but it’s not an arm-wrestling match. You want to retrain your body to inhibit bladder muscle contractions and stop the leakage.”

Do you have a pee problem?

So what’s a “normal” amount of times to pee in a day? If you’re not actually leaking or coming close to it, does that mean you don’t have a problem?

“Ideally, you should be able to wait 2-4 hours between trips to the bathroom,” Bri says. “Can you sit through a whole movie? If not, you may need to cut back on the caffeine. Some people are going 15-20 times a day, when 6-8 is probably more normal. And for women, wiping that often can damage delicate tissue, making it more vulnerable to infections.”

If you suspect you may have a problem, keeping a bladder diary can help.

“The majority of patients coming in with urgency issues are massive coffee drinkers,” Bri tells me. “Coffee and soda. Most of them didn’t make the connection between their habits and their problem until we told them to keep bladder diaries.”

“We ask them to log what they’re drinking and when,” Meagan explains. “And how often and how much they’re voiding. When they wrote it down, they could see the cause and effect. If you have four sodas before lunchtime, it’s no wonder you go so often!”

A diary will help you keep track of how often you actually go to the bathroom, a number most of us don’t keep a running tally of. If you’re exceeding that 6-8 a day, it might be time to make an appointment with your doc for a referral to a physical therapist who specializes in this area.

Since it’s not just coffee and Coke that cause problems, a bladder diary can also help you identify those foods and drinks that are triggers for you.

Common liquid irritants are acidic juices, including orange, grapefruit, cranberry (yep, cranberry juice – how ironic is that?) and tomato juices. And of course, our favorite liquids, coffee, soda, and alcohol. “Alcohol can be a particular concern,” says Meagan. “It’s both an irritant and a diuretic, meaning it causes the body to produce more urine, which dehydrates you. And people tend to drink less water when they’re drinking alcohol, causing a pretty bladder-unfriendly cycle.”

Among foods, tomatoes themselves can be irritating (“If you leak every time you eat Italian food, that could be your problem!” Bri says.) Spicy foods such as hot peppers and curries can be problematic, so be sure to hydrate when you bump up the heat.

How to calm an irritated bladder: taming the bladder beast

If you have issues with urgency or leakage, and you suspect coffee may be the culprit, it’s time to reevaluate your morning habit. The good news is, you may not have to cut out coffee altogether. To avoid the wee pee, according to Bri and Meagan, there are some alternative strategies that may work. (Hint: these work for the other irritants too; just replace the word “coffee” with whatever your trigger of choice may be.)

“I won’t give up coffee. But I find ways to meet my needs for flavor and caffeine that my body can tolerate.” –Meagan

Lifestyle changes for a healthier bladder don’t have to be dramatic, but the results can be. Says Meagan, “We had a 16 or 17-year-old patient who was sent by a urologist because of chronic inflammation of the bladder, called interstitial cystitis. Down the road, she could potentially have been facing distentions [medical procedure to stretch the bladder to increase capacity and reduce pain], painful sex, all kinds of medical interventions. We found out she was drinking 5-6 big cups of coffee plus 2-3 sodas a day, and no water. We added water back, cut way back on the caffeine, and she’s fine now. If she stays on track, she’ll stay fine and probably avoid much worse health issues that she already had.”

Even if you don’t have urgency or leakage issues now, being mindful of your habits re: your bladdery bits can help you avoid problems in the future. So put down the coffee, grab a big glass of water and let’s toast as the Irish do: sláinte mhaith, to your very good health!

As ever, we love hearing what you’re doing to feel fabulous in your body. Please share with the community, in the comments here or on Facebook and Twitter.